It started in 2002 with an idea by the founders of Bikers Make A Difference – BMAD, Kelvin and Jane Halloran. That idea was to have a social gathering of bikers on Paignton Seafront in Devon. He wanted to raise money for charity and have a good time as well. Which is exactly what has happened.

Paignton Bike Night finally saw its birth in 2003 and has gone on to become the longest running largest regular social gathering of bikers in the South West of England.

Each year on Paignton Seafront we regularly have a mile of bikes parked side by side every Wednesday evening from the beginning of June to the end of Sept. 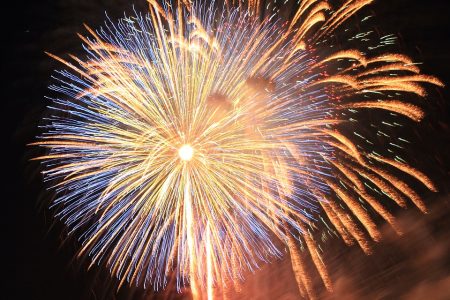 Paignton Festival is a very good event that takes places every year during the summer months of July and August. There is an amazing atmosphere and fun for all the family, from clowns to live music there is something for everyone and I am excited to be bringing this to you.

With the name of the event changing for the year of 2017 we hope to bring you a lot more fun and entertainment while keeping the same ethos we’ve had for over 100 years. Since the first event in 1909 we have been run by a small, dedicated team of volunteers and committee members and solely from donations from our main sponsors Anderton & Rowlands Fun Fair and Babbacombe Inn, also from local businesses and traders, as well as from members of the local public.

As the years go on, Paignton Festival is proud to be one of, if not the best events put on in the south west, and with no entry fee, we feel that we have the edge over some of our main competitors.

Bring along a thirst for sampling from the best of the region’s beverages washed down with live bands and dancing in the farmyard as we celebrate Occombe’s Annual Beer Festival.

You’re sure to find something to tantalise your taste buds amongst the 60+ range of beers, local ciders, perry, wine and even Pimm’s on offer, accompanied by delicious local foods including a hog roast and BBQs.

Based at Torre Abbey the International Agatha Christie Festival is fast becoming one of the UK’s leading literary festivals. The festival guide will be available on the official festival website: www.agathachristiefestival.com , where you can also subscribe to receive e-mail updates.

Torbay Airshow has announced the initial military aircraft line-up for when it returns this summer, on Saturday 3 and Sunday 4 June.

The aircraft displays from the RAF have been confirmed and will include the world’s premier aerobatic team, the Red Arrows, as well as the Typhoon jet and the Battle of Britain Memorial Flight, comprising the Hawker Hurricane, Avro Lancaster and the Supermarine Spitfire.

The two-day show, which had its inaugural event last year, takes place on Paignton Green with the Bay providing a stunning natural amphitheatre for viewing the displays and the perfect location for a large coastal airshow event.

The action-packed flying programme will take place over two full afternoons on Saturday and Sunday alongside ground displays, entertainment, trade stands, fair rides, bars and catering within the event village on Paignton Green. Further confirmation on air displays is expected to be announced over the coming months.

The famous RAF Red Arrows display will span the weekend, flying on both Saturday 3 and Sunday 4 June featuring their trademark combination of close formations and precision flying. The full length display will take place across the Bay. All air displays are subject to change depending on weather conditions and operational commitments that could take the military displays elsewhere at short notice.

The event is run by Torbay Council. Follow them on Facebook and Twitter, or sign up to receive the email newsletter to keep up-to-date with all the latest news and additions to the line up!

A swashbuckling mix of piratical fun and entertainment! Please dress up if you can, whatever you can manage will be fine even if it is just an eye-patch! There will be LOTS of pirates in costume right through the weekend so you will fit right in. We stay in costume in the evening too.

Brixham was once home to marauding hoards of hell-bent pirates, and for a week each May the town returns to its piratical roots with the Brixham Pirate Festival, a swashbuckling mix of entertainment, reenactments and shows.  Budding young tyrants can witness an attack on the Golden Hind, while there’s plenty of grog and grub on offer for older coves.

For three days Brixham is awash with colour, as street performers such as jugglers and buskers come to show off their skills – and to take the town back to its dark and stormy days amid smugglers, privateers and the like. Who knows – you might come back with a few pieces of silver. Or at least a funny hat.