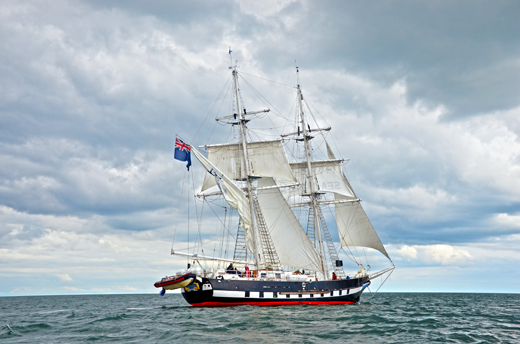 This is “The Royalist”, sailing out of Torbay. This is shot before it left the bay. Many ships come and go from Torbay. Some are cruise ships who stay for a few hours or overnight. Others are tankers or cargo ships that may shelter from bad weather. Occasionally we may see a naval vessel.

There have been a number of ships names after Torbay. 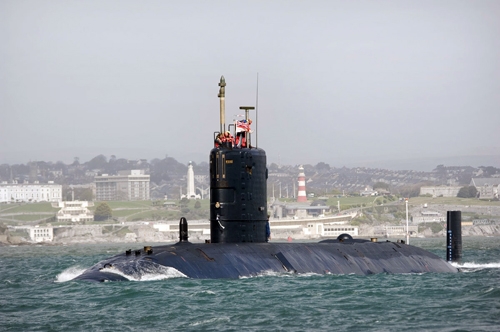 There has also been an HMS Torquay, which was a Type 12 Whitby-class frigate of the Royal Navy which is now now longer in service.

The Royalist \(image above) is 76 ft 6 in long yacht built by Groves and Guttridge in Cowes, Isle of Wight. She is built of steel and has a traditional square-rigged brig layout. Almost every week of the year, Sea Cadets and 8 permanent members from all over the UK, join the ship and spend the week on board working as part of the crew. Many different parts of the UK & France are visited, sailing from her home berth in Gosport to Southampton, Poole, Cherbourg, St Helier, Brest and the Isle of Wight.