Posters of the English Riviera

In times gone every year a new poster campaign was created to promote the English Riviera. There are many of these and a few are shown below. The advertising companies managed to come up with all sorts of different ideas, often associating themselves with other countries, such as Eygpt, Australia and France and even other planets such as Mars!

This was a highly acclaimed and much awarded advertising campaign which stretch over many years and helped transform the fortunes of The English Rivera’s three towns of Torquay, Paignton and Brixham.

The English Riviera campaign started 30 years ago when ad agency,was appointed by the then Torbay Tourist Board. The resorts were rebranded The English Riviera and the famous English Riviera Palm Tree logo was born. It has now become an icon for the resort and has appeared centre stage in every poster over the past more than three decades. Many of these posters have won top creative and marketing awards,

These days the focus is on our famous Torbay Palm although if you arrive at Torquay via Netwon Abbot you will see a new and much larger palm on the roundabout just at the entrance to Torquay. 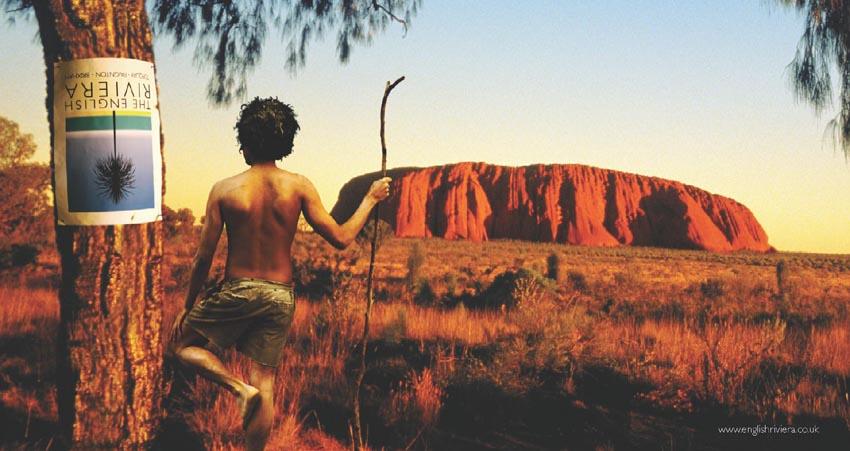 See The Full List On Our English Riviera Partner Site