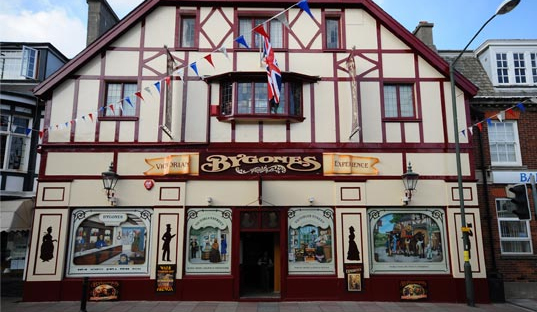 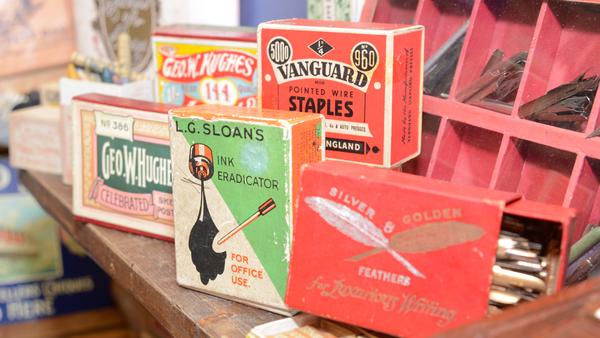 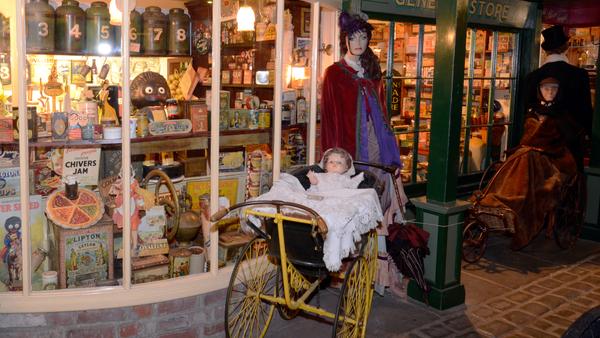 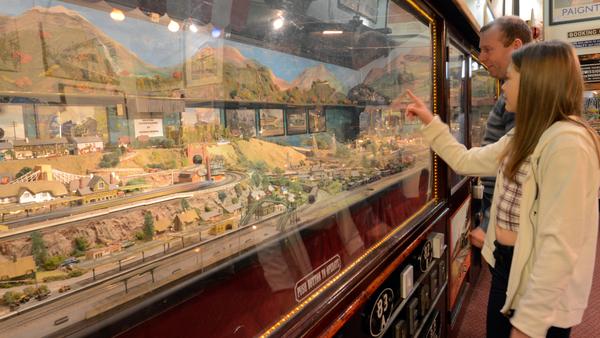 Whilst visitors enjoy refreshments in the coffee bar they often muse about how all this began. In the best story telling traditions it began a long time ago with my husband’s passion for collecting railwayana an interest that eventually out-grew the house.

The ﬁnal straw came in 1986 when he purchased a 27-ton railway engine from Falmouth Docks. Not wishing to put it on a preservation line and having no more room in the garden we began hunting for somewhere suitable to house it. By good fortune an old cinema became available near our post ofﬁce business in St. Marychurch. We took the plunge, sold the shop and now had enormous premises – so how could we ﬁll it and make it pay for itself? We decided to combine our interests in railways and antiques, and invite the public to come and visit our collections. Bygones was born. 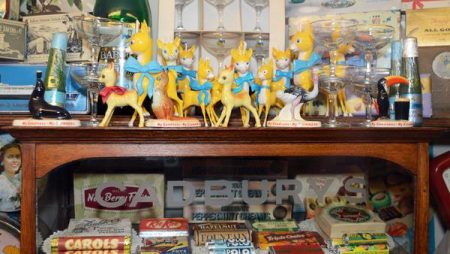 Over the next year or so, with the help of an excellent mason, a skilful carpenter and many patient friends we recreated a Victorian street scene. It took much research and a lot of travelling to secure authentic building materials and genuine exhibits but ﬁnally, on 23rd May 1987 our doors were opened by the Mayor of Torbay.

Previously, on one cold Sunday in February 1987 the road outside Bygones was closed and our engine arrived from Falmouth docks on a low-loader accompanied by a police escort. We had visited the docks the previous day to take photographs of her in her natural surroundings and found some ﬁtters desperately trying to put all her parts back together. She had been out of use for several years and all her ﬁttings were stored in cupboards with labels attached. We could hardly believe she would be ready for removal early the next morning. 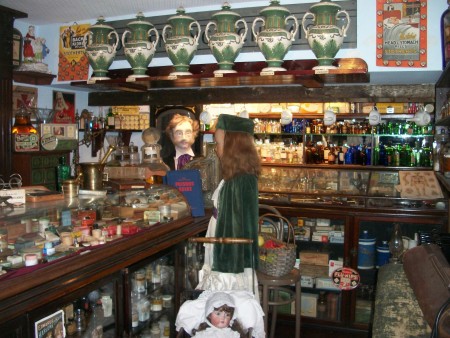 Meanwhile, the front of our building had been removed and two enormous cranes arrived to lift the 27-ton engine into place. A winch was also on site to gently edge her sideways. Although we had only mentioned the date of her arrival to a few friends in case of a calamity, there was soon a large crowd gathering for this momentous occasion. It took most of the day to place her into position and we all heaved a sigh of relief at the completion. I was pleasantly surprised when I discovered that my husband had named her Patricia! 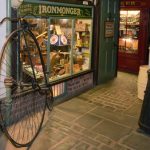 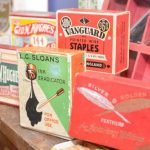 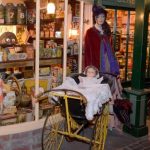 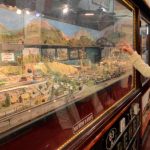