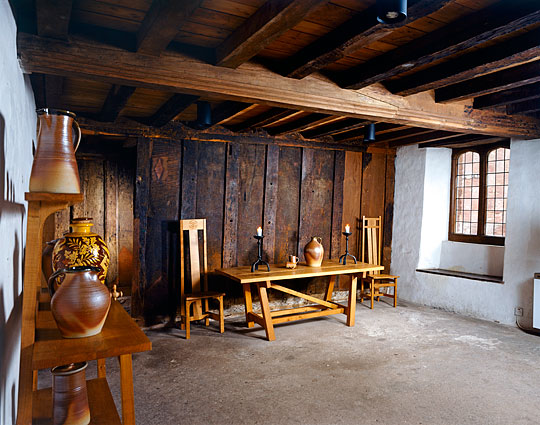 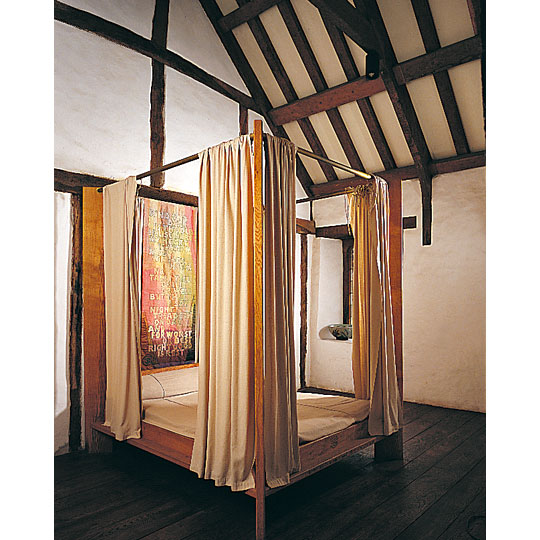 This well-preserved late medieval house, built of local stone, lies near the centre of the Devon town of Paignton. It probably belonged to a well-to-do landowning or merchant family, and had a grand hall with space for up to 20 people to dine together. The house now contains modern furniture, illustrating traditional craftsmanship and the original use of the rooms.

Today Kirkham House stands in a crowded back street opposite new housing of starkly contrasting character. From outside it is hard to imagine it as it once was, probably rendered and limewashed, and surrounded by buildings of a similar nature. Step inside the house, however, and it is possible to forget some of the 21st-century bustle.

Although it was once known as the Priest’s House, it is more likely to have been the house of a well-to-do landowning or merchant family: the detailing inside the house suggests that it belonged to someone of high status.

There are no documents to tell us exactly when or by whom it was built. The carving on the woodwork suggests a 14th-century date, but the layout of the house is more typical of the 15th century, when a growing desire for privacy led to the creation of separate rooms for different domestic activities. It has the traditional three-room plan found in rural farmhouses of this date.

Read more about the history of Kirkham House.

The house is managed in association with the Paignton Heritage Society.

Opening Times: The house is open Sundays 2pm-5pm in July and August. It is also open at the same times on the spring and summer bank holidays. In addition, it is open on Heritage Open Days 11am-4pm. House stewards are on hand for more information or guided tours.

Parking: A paid car park can be found in nearby Churchward Road (car park postcode TQ3 3BA). Not managed by English Heritage.

Facilities: There is a toilet at the house. Paignton seafront is a short distance away and offers plenty of shops and places to eat and drink. 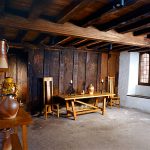 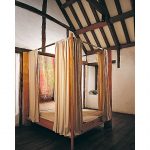